I am really doubting between these 2 brands.
What material etc etc

Doubting between these 2 sets: 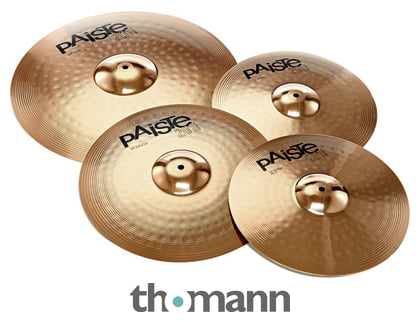 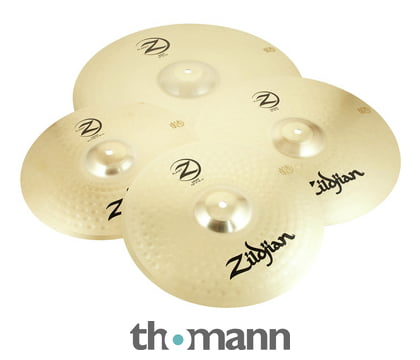 At moments like this I always think, “what would Stewart Copeland do?” Joking aside, trust your own ears and choose what sounds good to you…
B

I am stupidly insane over paiste cymbals..lots of brands make cymbals that don't sound as beautiful..shimmery..glassy..pretty..etc but some drummers like those.

I'd doubt them both too...listening to them online I think they both sound bad, with the Zildjian set sounding the most bad.

I know the price is appealing, but budget cymbals are frustrating because they'll never sound better than they do, and most just don't sound good at all. You can't tune them or put on better heads like you can on a cheap drum. I think you'd be happier in the long run if you save up a little more and buy better cymbals. Even going up to 300 will get you some better options, and it won't take long playing either the Planet Z or 201 cymbals before you realize you want something better.

I understand everyone's gotta start somewhere. Of the two, I'd go Paiste. For years, when I first started playing drums ..... I played the cymbals I could afford, not the cymbals I wanted. But if you can afford better cymbals, do so.
This seat does not recline as per Federal Aviation Regulation 121.310 (f)(3)

Paiste PST7 is as rock-bottom low as I would go. Cymbals are the worst thing to economize on and nothing is more expensive than regret.
C

Reverb has resulted in a really bad case of G.A.S. for me (gear acquisition syndrome) since there are always sweet deals to be had. Please, for your sake, shop around online and listen to demos on YouTube and find something decent to play. You will thank yourself. If you think about it, most playing and time keeping is done on your cymbals, and aside from costly modifications or using tape or gel, you cant really change the character of the cymbal. The sound of your pies dictates the overall sonic presence of your kit as much as if not more than your snare.

Cheap drums can sound great with an edge service by a qualified drum tech or builder and some decent heads. I highly recommend Jeff Kirsch in Portland, Oregon. Dude makes incredible drums, and spreads the gospel of the truth behind bearing edges. But this is a cymbal thread so i won't start rambling on that subject.

Back to cymbals, check out my guy Gerry (pronounced Jerry) at Hazelshould.com
Dude knows his shit and has great prices on great pies. Lots of rare and random stuff too. The best part is that there are demos of everything listed. He also has a store on reverb but his best prices are on his site since reverb charges selling fees.
C

Start with hi-hats and a crash-ride.

I also vote for quality second hand cymbals instead of the Zs and 201s.

I would rather get some unknown branded B20 cymbals (a lot of smaller turkish brands for example, or the shop own branded, usually sounds better) than these cheap sets, if the budget is very low. Or just go used. Then again, it depends on what you are used to. If you never played on high-end cymbals, I guess you might not have the hardest time hitting these. If you have, I suggest to save up more.
L

I bought used Paiste 602 cymbals and absolutely love them. They aren't cheap used but they are lifetime instruments. Cheap cymbals will almost never sound good. One exception is the Paiste 505. if you can find them.
B

I agree with used cymbals over new budget cymbals. Check out peterdoest.nl, arjen van der linden or just marktplaats... One dutchy to another . Even stagg cymbals are better...
D

Some would say start with good hi hats and a good ride and build from there when you can afford it. I would go for good hi hats and a good crash and get a good ride and second crash later. Quality is better than quantity. Buying used is good if you know what sound you like. Peace and goodwill.
Mark Wellman
Mapex Saturn (bass drum, toms, snare), MPX(snare); Sabian; Evans; La Backbeat

If it wouldn't be so expensive, I would completely change to Paiste Formula 602 Classic cymbals. Clean, pure sound, and great in the studio.
H

Thanks for all the replies...
As this will be my first cymbalset I am used to nothing!
I am buying my first drumkit and I want a complete cymbalset.
The downside of secondhand in my opinion is that the cymbals allways look dull or worn-out.
I also find this with drumkits... always damaged and worn-out.
C

It's very rare, extremely rare to wear out a cymbal. You can also clean cymbals, although most people don't. When playing music the most IMPORTANT thing is sound. Much better to have a small amount of dirty looking but GREAT sounding cymbals than a bright new set of bad sounding cymbals. You appreciate music by ear, not by the shine of a cymbal.

Man, I get where you're coming from, I really do, but even when new and shiny those cheap cymbals aren't going to sound very good.

I know hunting down used cymbals can be a drag, and you're limited by what your used market is (I honestly have no clue what cymbal hunting in Holland is even like) But even stepping up a little more to Paiste PST5 (NOT PST 3), or Zildjian i will get you much better sounding cymbals. I hadn't heard of them before but I continued poking around the Thomann site and I thought the Zultan cymbals I listened to sounded really good for the price.

If you really have to have something round and shiny to hit for less than 200, then I'd say the Paiste 201 are the best ones I heard in that price range but I'll guarantee buyer's remorse will set in quickly, and in a couple of months you'll be wishing you still had that 200 to put towards something better.

When I was starting out I also bought some really crappy cymbals because they were cheap and I could afford them right away. But even to a novice ear they sounded bad, and I slowly learned to save a little longer, keep an eye out for deals, and one by one I replaced all of the junk with used, pro-level cymbals.

Like I mentioned earlier you can get by with cheap drums because you can do things to them to improve them; cymbals are what they are, and no amount of skill or technique can make a bad cymbal sound good.
C

Netherlands?
Book a trip to this store:

Everything is premium priced IMO, but it will give you a benchmark as to what to look out for second hand.
J