light with medium and with heavy cymbals?

Cant make up my mind on a medium or heavy ride. I guess the medium is the sensible option!

Forget the nomenclature. Use your ears. You can mix light with heavy, Zildjian with Sabian, B8 with B20, etc. There are no rules.
Grease or The Bird, which is it? Someone please tell me, what is the d@mn word?

i have some heavy hats, a medium crash, and a thin ride as a crash, so yes, you can mix and match, theres no rules, listen and see what sounds good!
Full time drummer & endorses the following:
aquarian drumheads, balbex drumsticks, amedia cymbals, ahead armor cases, lewitt microphones

Trouble is...I'm not able to try them out first. The paiste website/ sound room is pretty good though

Yes the volume...I'm wondering if the medium will cut if I'm playing with loud guitars, and also if the heavy would be too loud if playing quieter/mellower music?!

davor said:
.I'm wondering if the medium will cut if I'm playing with loud guitars
Click to expand...

If that's how your bands rehearsal room looks like... 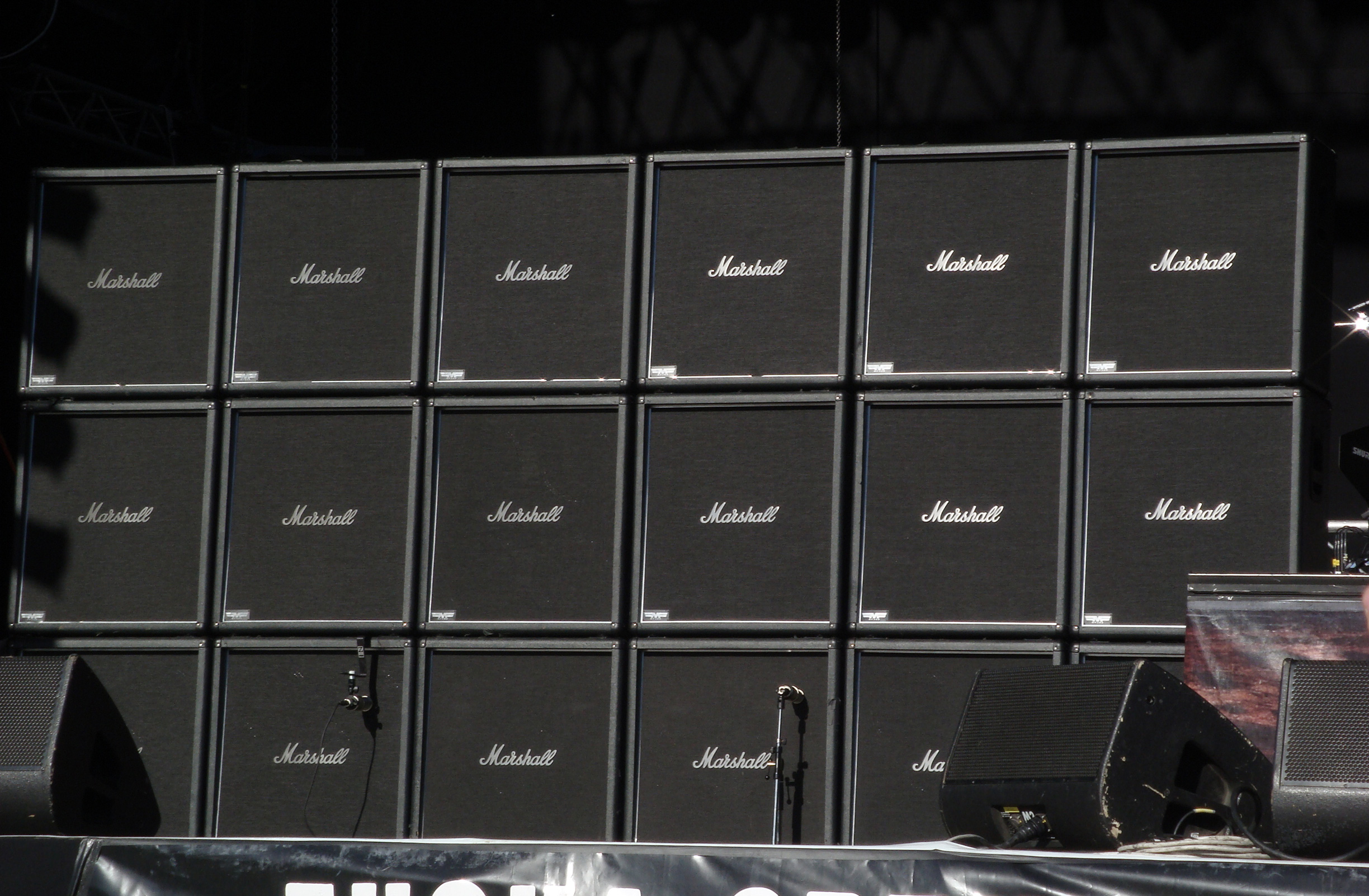 davor said:
Yes the volume...I'm wondering if the medium will cut if I'm playing with loud guitars, and also if the heavy would be too loud if playing quieter/mellower music?!
Click to expand...

I can't speak to Paiste, but I know the medium-thin Meinl's I play with a louder guitar/keys project cut through no problem. They also sound great with lower volume projects.

I have extra-thin, thin, medium-thin, and medium hats and crashes. More thin and medium-thins. I mix and match to suit music of each project, and tweak as needed for space/room.
Last edited: Dec 9, 2020

davor said:
light with medium and with heavy cymbals?

Cant make up my mind on a medium or heavy ride. I guess the medium is the sensible option!
Click to expand...

I do this more for hi-hat pairs, but not a ride/hat combo.
I've gone as far as putting the medium on the bottom & the heavy on top.

I for one like heavy rides as I know they can take a whuppin' playing rock, yet with some dynamics, can be good for jazz.
"You're never fired, you're just not asked to do the next thing". -Liberty DeVitto

Because of the “tessatura” of the cymbal frequency range, they will all cut through wherever they are. There’s nothing else in that frequency range so they’re like the piccolos in a marching band. And if things get too loud, by then a PA would be involved anyway and you’d be mic’ed up. So mix away if that’s what you like. No rules to abide by.
Bo

I always mix up cymbals. By my own tradition, I like a brighter Paiste 16" crash on my left, and a darker 17" or 18" Zildjian K crash on the right.

oh hell yeah...the only thing I don't mix is anything with my Zildjians

I could not imagine having all of the same line of cymbals, even though I tend to stick with Zildjians
1955 Ludwig
1994 Pearl Masters Custom maple
Zildjians from 1945-current
Remo Heads

"Looking, playing, and listening"
is the only path to finding what you want. - C.M. Jones

"Dynamic command flows from the limbs, not from the gear." - C.M. Jones

Sure, if everything sounds good together and that's the sound you're going for then go for it!

You won't have any issue cutting through with B8 Paiste cymbals, even the lighter specimen - Paiste cymbals in general have a glassy/bright quality to their ping that makes them cut through well, and B8 cymbals are brighter than B12/B15/B20 everything else being equal, and the volume being too low won't be an issue either, you might want to play softer or tape them up a bit to make them quieter instead, especially a heavy ride.
I couldn't use my Sound Formula 20" Full ride weighting around 2550g (and with a tiny bit of paper tape on the underside) at my last outdoor gig because it was much too loud and pingy for example, so a heavier ride with more copper in it is likely to be the same but worse if you find yourself having to use it at relatively small/quiet gigs, or in a smaller/untreated/less than ideal rehearsal space.
It's possible for every cymbal to be made to sound (a bit) louder or quieter, though a PST7 heavy ride it's unlikely to be too heavy for just quieter music, rather it might be too loud for anything unless you only play with a guitarist that's very pleased with himself and wants everybody to hear him as loud as possible.

As for their aptitude to different genres of music, while they do make a difference the player makes a much bigger one, and John Riley would sound like John Riley even if he was playing Zildjian Z cymbals, or Sabian B8, so just find cymbals that you like the sound of and maybe add new ones to your arsenal if you find yourself playing a certain genre that's typically associated with a different sound (lighter, washier and softer cymbals in jazz for example) more and more often.
I myself don't change my setup much from when I play louder classic rock to when I play straight ahead jazz, in fact at the gig I mentioned above I was playing Chicago, The Doors, Queen, Toto & related and I used the same cymbal setup I use for jazz, so don't stress it out much.

Another thing worth considering is that good quality cymbals make a (much) bigger difference than good quality drums, and PST7 cymbals are a good deal but they aren't exactly 2002, which can be found used and in decent to good conditions for relatively cheap, same for 404 and 505 cymbals, so you might rather find a few deals on used cymbals, which by the way are plenty these days, at least in Europe, instead of buying new PST7.

Also, remember to wear earplugs at rehearsals and gigs if you do end up getting cymbals for "harder" music genres, I hate to sound patronizing but I wish somebody had told me that when I started playing so bear with me
-Luca

"Would you mix light with medium and heavy cymbals?"

Weight isn't the ultimate measure of a cymbal's character. It's an important factor, but it doesn't seal a cymbal's identity. Alloy, hammering, lathing, curvature, and bell size are of equal import. If you think certain cymbals sound good together, combine them. If you don't think they sound good together, segregate them. It's really not that complicated.
W

Consider this recording I did with Meinl Dry and Sand cymbals with a Paiste 2002 20" china that sounds entirely out of place with the Meinl cymbals, but under a mic in a recording fits well. It's about the tone more than the perceived brashness behind the drums.

Now, I must explain that the person who recorded and mixed the drums made the normally bright birch drums sound have no bite and the cymbals have no body, but I wasn't there to make comments.
Also, for my ego, they chose one of my worst takes for the drum part where I sped up in the bridge. The drums were recorded Glynn Johns style with snare and bass mics only. It's mixed by guitar centrists so the drums are lower in the mix.

Notwithstanding all that, the point of the link is to show that a cymbal that is completely incongruous to the sound of the other cymbals can sound appropriate under the mics, even if it's a bit hard to hear in the mix.
Here it is and the china cymbal is at about 56 seconds into the song. it's not entirely evident but gets the point.
https://soundcloud.com/wyoung%2Fthedaymybuddahfellofftheshelf
Last edited: Dec 22, 2020

Yes absoulutely mix 'em as your ears please. Like Bo mentions- the picture changes when they go through a PA system, an extreme example is Steve DiStanislao using a flat ride behind David Gilmour's guitar in a full stadium.

Like you said in the opening post a medium ride a good place to start with. In the future if your needs change you can add more into your collection of sound choices.