Saw this on our state sponsored propaganda machine the other day and it's stuck in my craw, thought I'd leave it here. 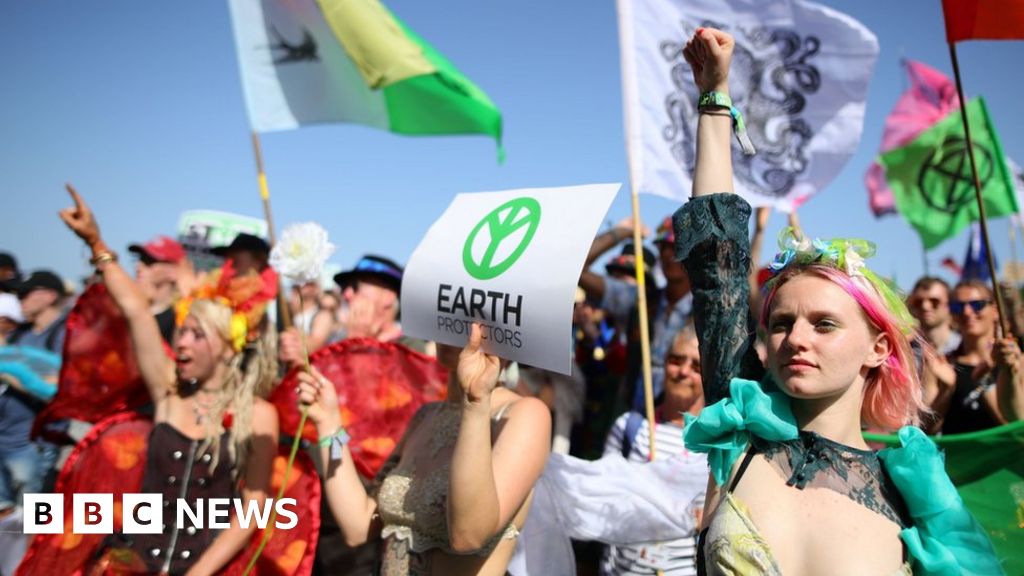 Crowds with placards, boats and models of insects marched from Park Stage to the Stone Circle.
www.bbc.co.uk

Call me old fashioned but isn't the point of a music festival to go an see music and have a good time.

Perhaps our lentil munching friends might like to have a look closer to home at the mess that they leave behind.

I aint farting on no snare drum

One Up One Down

Is that a photo of the mess that the protesters left behind or of the general mess after the festival?
-The set sounds absolutely hammer moderate, the bass drum pushes without end.

That happens here also. This is the aftermath of an almost year long protest, by environmentalists no less, to protect a waterway. Keep in mind this is near the waterway they are trying to protect.

Grease or The Bird, which is it? Someone please tell me, what is the d@mn word?

One Up One Down said:
Is that a photo of the mess that the protesters left behind or of the general mess after the festival?
Click to expand...

Mess after Glastonbury every year. Clean up operation costs about £1 million
I aint farting on no snare drum

Mikyok I see you have the same high opinion of that once revered institution,the BBC, that I have.
Coincidentally I’ve been exchanging texts with a mate about the whole Glastonbury thing since last night. It’s a gig, so what, does it really need wall to wall coverage on the UKs supposedly prime broadcaster. And let’s not even start on the only artist I watched with my jaw dropping as Kylie Minogue and band mimed through their set. Shameful.
Back to your point. How many protesters where REALLY there, and how many believed in it or were just virtue signalling. And why does what they think even matter? And do they practice what they preach? I’ll bet none of them walked there, eating food foraged from the woods and drinking from streams. No they will have a way of pointing out that their level of consumerism is just right.
What amazes me (actually it doesn’t, the explanation is that they’re all just sheep) is how you can get several hundred thousand people into a field and they ALL have the same political and social beliefs. Astounding! Me and my 2 best mates go for a drink and none of us agree on these things. And within my bands I NEVER talk politics, we like the bands at Glastonbury are there to play music and make people feel good. End of.

Woolwich said:
And within my bands I NEVER talk politics
Click to expand...

Several years ago, while Hilary Clinton was running for president, I said to the guitarist, “Like it or not, she’s your gal.”
He looked at me, stunned, “She’s not my gal.”
Putting bait on the hook, I said, “You’re pulling for Trump!”
“OH HELL NO!”

What ensued was the discovery that we were on opposite sides of the the political spectrum, and it was never much of a band after that.