I was going to get some snare wires for some of my drums and am leaning towards either Noble & Cooley or Canopus snares.

N&C only makes one version, so that's simple, but what are the thoughts and experiences with the various Canopus snares? Vintage? Plated or not?

Thanks for the input.

I had some N&C snare wires on a Ludwig 402 Supraphonic many years ago.

Remember them as being a very good upgrade to the Ludwig wires that are themselves considered decent.

The snare sounded crisp and articulate but still warm. The snare response was had "presence" but without being "in your face".

The N&C wires have a simple but neat design to ensure they stay entirely flat against the head and reduce excessive buzz.

I forget how to attach a picture from the internet but you can just do a search for N&C snare wires and you'll find them.

Tried to get another set three years ago but no luck. I think in Europe other brands have taken over the market, most notably Puresound (which are considerably cheaper).

I started this thread a while back:

I've used Puresound Blasters for over 10 years. Seems to be a solid set of snare wires, and I have no real reason to want to change to anything else.
D

Mike Stand said:
I forget how to attach a picture from the internet but you can just do a search for N&C snare wires and you'll find them.
Click to expand... I've tried the Canopus wires and didn't find them to be as special as purported. I prefer fewer strands, so I like these: 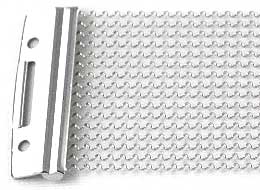 You don't hear much about Sabian wires but I now own two sets and looking to buy a third. They have hybrid wires that are steel/phosphor and all phosphor bronze. I have been really impressed with them.https://www.sabian.com/en/accessories/snares
B

I am with destroyer.. I was a Puresound guy.

Those sabian wires are amazing.. I have the hybrids in both sizes.. the 42 wire snares are CRAZY. The 20's are probibly perfect for any drum. The 42 is actually growing on me a ton. It was a bit much as I have never played such a big wire but they hit the nail on the head with these.