My 11 year old son wants to learn drums - so we've purchased him a Yamaha DTX402k kit. A few weeks in and he's loving it so far, so going to start lessons in a month or 2 (once the Covid situation changes a little!).

He's playing away with his headphones on - which is great most of the time - but sometimes when he's proud that he's learned a song and wants to show us - the headphones don't really work. i.e. my wife and I can't watch and listen to him in the bedroom at the same time as he plays!

I was also thinking that when he gets lessons (the teacher has said he comes to the house!) then that's another occasion he'll want to have some times when he plays and can be heard.

My 14yo daughter (and I) are learning guitar, and so I do have a Cube micro-AMP (MCUBE GX), which we did try with the Yamaha kit but the sound was pretty "muddy" and the bass was pretty much nowhere. Perhaps not surprising in a micro guitar amp! This is also a potential "3rd" time when he wants to play "out loud". i.e. if his sister and him both learn the same song (guitars plus drums) then they can play along together (and also that kinda rules out using the Cube amp anyway as his sister will be using with her guitar!).

So I thought I'd see if I could get him a cheap "drum amp" for his birthday, and was a bit surprised to see even the "cheap" ones seem to kick in around the £140 ($150) mark. That seems pretty expensive given that the Yamaha eDrums were only about £310.

So my question to you seasoned experts - is there a cheap/better way to listen to my son that won't cost an arm and a leg? Something that isn't specifically a "drum amp", but won't have him complaining that he can't hear specific "parts" of his kit well? If the best way is to get a speaker that isn't specifically for "drums" then any pointers on the technical specs. required for the speaker would be appreciated (although I'm not an audiophile, so go gentle on me pls!)

Thanks you for any advice offered

Home: cans (or a PA if you *really* need speakers)
Rehearsal: a PA
Live: a PA
Minimum of 12" woofers, speakers on stands, tweeters at ear height.

You look like you're in the UK - you used £ - dead easy to get a 2nd user PA from, say, Gumtree or Facebook Marketplace for your budget.,

Quick look (dunno where you are) 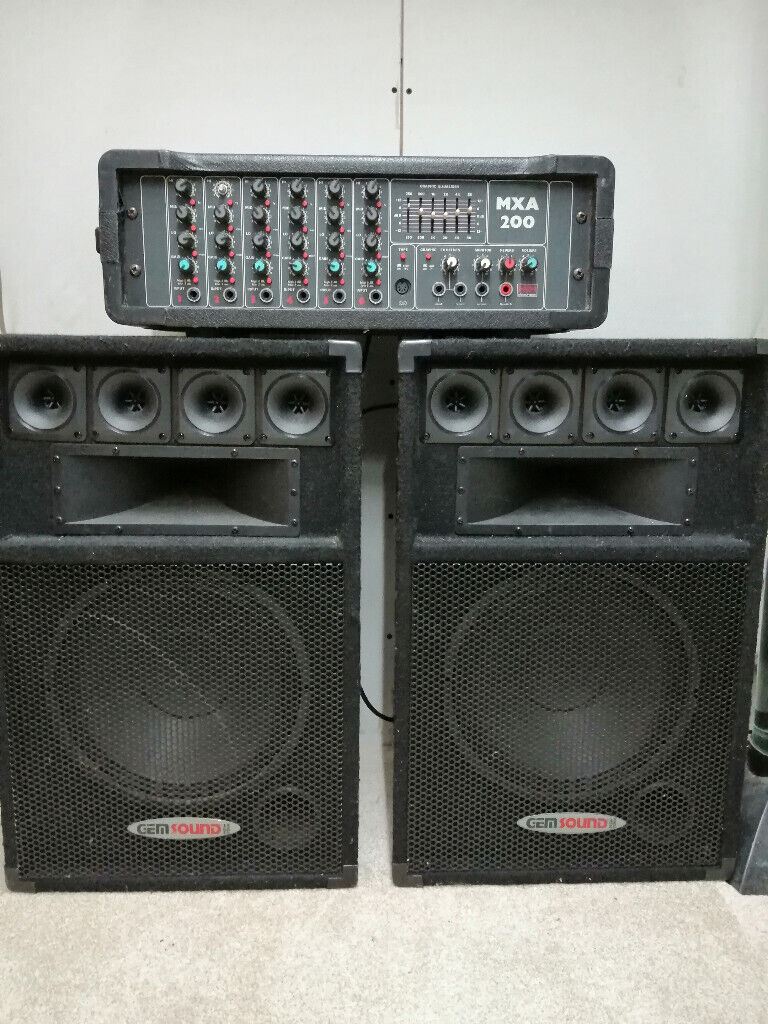