Show us your Four Piece Kits.

A few days later I played them..

And a few days later I couldn't resist anymore and I brought them home with me..!

I've not got great photos of this kit. Picked this up a few months ago, a 1954 Gretsch Broadkaster (Bop) kit.

Here you go. Old marching drums and a new PDP bass refinished to match. It's now for sale because I just don't use it.

How come I never posted a photo in this thread?

Mad About Drums said:
How come I never posted a photo in this thread?

where the pic brotha?

v.zarate said:
where the pic brotha?
Click to expand...

Most recent addition, my back savers Little Bird nesting kit. 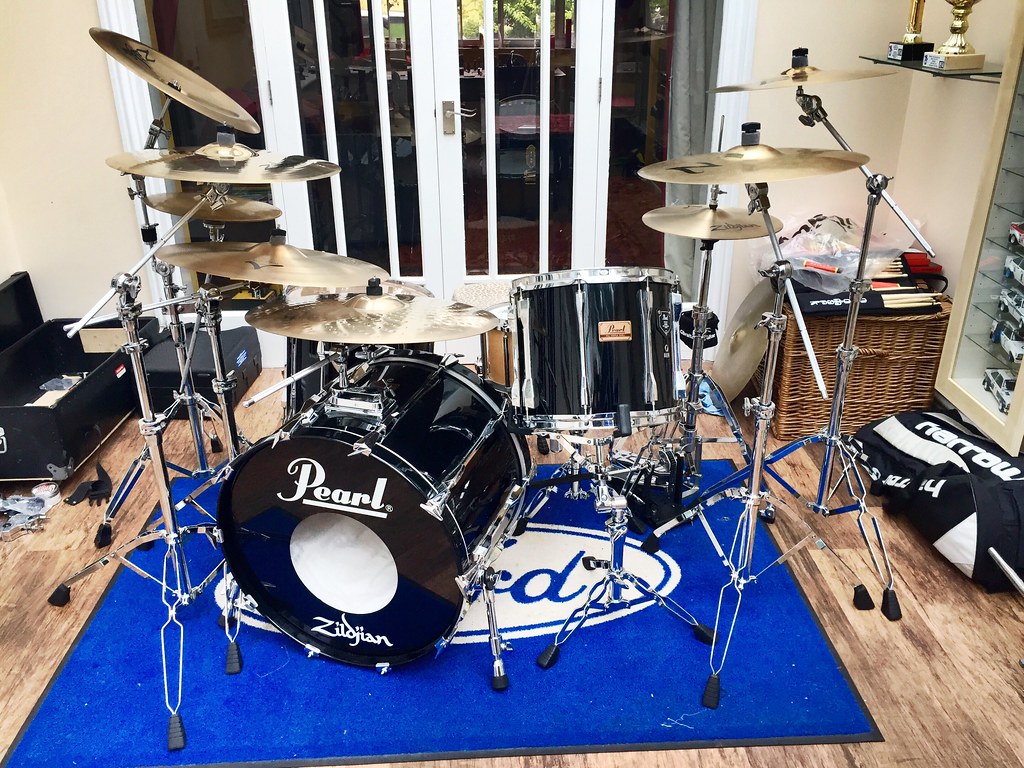 The final incarnation for The Vile. by Kevin Frost, on Flickr

Originally wrapped in dark red, I stripped, stained and glossed it (2nd pic)

Then changed my mind and did a satin finish. (1st pic) beautiful. They should have sent a poet...
S


The Black one is most of a five piece - sometimes I use the four, sometimes the five with my current band: 22, 12 15 in this pic, Here I am using a Premier metal snare and an AA 21 dry ride, Ufip hats ( really nice ) a Paiste Alpha 18 Crash, the Z custom crash, an AA china splash and the Paiste 1000 rude china. Hardware is a mix of less salubrious stuff than I had before, but after having to downsize I am getting back up to standard again.

I just got a Yammy 9000 to go alongside the Signias, so when I get that set up I'll post again, just for fun.

My current band plays fairly quiet psychedelic folk music so the Yamahas are very well suited to it. I love playing the little 4 piece rig, especially now I have a hand cart and a bass case with wheels ( I had a nasy heart incident at a gig a few weeks back ) More importantly I think it kind of concentrates the mind on the groove...
Last edited: Jul 2, 2016

I've been enjoying playing a 4 piece kit, with 3 cymbals, and a cowbell. Still lots of sound options once you learn how to use it, and really ergonomic. I barely have to move.