Should all drummers learn piano?

I wouldn't necessarily say drummers should learn piano. I do, however, think it's good for drummers to listen to a lot of good piano players. Listen to their musicality and melodic flows.

haredrums said:
I actually started a conversation that is the reverse of this one over at the allaboutjazz forum
Click to expand...

And I agree with what they said in AAJ - it's a good idea for other players to learn drums. Then they will understand ...

Just to clarify my feelings on this issue. I am not saying that every drummer needs to play piano in order to play drums. I am saying that every drummer could benefit from learning piano (or guitar etc..) because of the wider and deeper musical perspective it provides. There are three parts to instrumental music, and drummers understandably tend to focus only on rhythm.

A lot of the responses in this discussion seem to be focused on whether drummers should be required to learn piano, or whether individuals feel like learning another instrument, or whether it is possible to get the benefits of playing piano from some other source. These are all interesting topics, but I think they are skirting around the fundamental question which is, "would any drummer benefit musically from learning piano?". I, and most people in this discussion so far, believe the answer to that question is yes.

Also Pollyanna, yeah, I was surprised how many people on that site agreed about learning to play drums! Thanks for checking out the other conversation, going above and beyond the call of duty as usual.

Of course! I love to to be able to play piano just to impress the chicks. LOL but seriously it would enhance your independence and co-odination at least! Most piano player can play drum right away on basic level. That's until I ask them to play complex kick pattern (song like "Gonna be starting something" Michael Jackson) with 16th or paradiddle on hihat. They got tired real quick or chances are they cannot do it at all which bring their pride down quite a bit.

Some musicians have a hard time to hear it from me about chords progression in certain songs I knew. Like what do I know? One time 24 years ago, I told my band right before the break that one of them was out of tune, because it sounded weird from where I sat. what do you know? the key player old analog key that has a tuning knob, he bumped it slightly out of center just enought to make EVERYONE sounded off tune included singer. But the reality was I wads the one one the band who can heard it! since I am not too occupied with my one melodic instrument and playing. that had allowed me to listen to the band as whole perspective and I can hear it

I think all drummers should learn calculus.

And to love one another.

Oh, and how to dance in case they get the chance cuz someone else is sitting in.

Drummers should be able to play all percussion instruments, including marimba,vibes, xylo

If one wants to be a musician as supposed to just a drummer, it can't hurt to get involved with the band epxerience from different angles. It really depends, though. Some people "get it" without that stimuli.

I play different instruments, but that's just because I've felt a connection and atteaction towards several of them. I recently had my first tabla lesson, and though I like the instrument just for it's sound and use in western music, it's a more interactive way to learn about Indian music.

I'm also really into chinese music, and though it's gonna take me a long time to get any good, I've picked up both dizi and erhu to really get inside it.

It's the same with other types of music. In whatever music you're really into, it's not just good to get things from another band member's perspective, but it willl put you more in touch with the essense of what type of energy you're communicating and supporting on your main instrument, It doesn't have to be drums. I'm mainly a guitar player and I've always played the saxophone as well, but playing the drums gives me a practical way to get deeper into the music I already know, it makes music I used to listen to interesting to me again, it's making me a better musician and composer and it's just plain fun. It's also a way to make those "money gigs" more interesting, because there's more for me there now, because of the education I'm getting.

HipshotPercussion said:
I think all drummers should learn calculus.
Click to expand...

Would certainly sharpen your "math rock" rhythms. Can a drummer learn to "groove the area under a curve?"


haredrums said:
"would any drummer benefit musically from learning piano?". I, and most people in this discussion so far, believe the answer to that question is yes.
Click to expand...

I still have a problem with "all drummers should......" do anything. Outside of a grasp of the basic funtamentals of our instrument (grip, fulcrum, timing, technique that allows one to play pain and injury free and allows them to musically say what they want to say) why "should" a person who has no inclination to play anything other than drums feel compelled to?

Will learning a tuned instrument benefit them musically? Undoubtedly......impossible to argue the contrary.
"Should" they, as an absolute? That's their journey and their decision. There are many paths to follow and there's nothing to suggest we should all follow the same one........musically or across any other facet of life.

It is a good idea for musicians to have a secondary instrument. Piano is a good one because you have harmony going on so you learn a bit about music from that perspective. Guitar is another good one. I had a band about ten years back and I rehearsed them in my living room, all acoustic. Then we went downstairs to the drum set and plugged in. The guys would say, "wow, we can really listen when it's all acoustic."

The guitar really helped me to do that and it's portable. If we were rehearsing over another members house, one of the guys had a fireplace, I didn't need to take out my baby grand. Not that I have one. I have an upright and play piano. It's not an easy instrument to tackle. Guitar is also a difficult instrument to master, but you can learn rhythm guitar, learn basic chords and the blues scales. It gives you a good basis to be able to hang with a bunch of players.

I was in another band with two guitar players who always needed to crank up their Marshalls and a bass player who always played through his double stack. I wore hearing protection but left that band after a while. I think leaving saved my hearing. Loud music doesn't foster good listening.

From the school of Yogi Berra.

If a drummer can hammer out his/her own cool bass lines to practice to, that would be a great asset. Play the bass lines on the piano, record them and jam along !!

I'd say it can't hurt, but had that been a required for percussion when i was in school, I wouldn't have been involved in music, I was going to play drums and nothing else so if that option was off the table, no music for me

I don't think piano should be something drummers should learn. I know that when I was in grade school they wanted the percussionists in the band to have some piano background, but that was solely so that the band director didn't have to try to teach kids notes on the keyed instruments like xylophone, bells or chimes.

I know a little bit of piano (I play mostly by ear but I understand the keyboard and know the notes) but virtually none of that applies to my drumming in any way I can think of.

Piano was my first instrument. I can play it well enough to make myself happy. I have a keyboard, but use it more as a tool than anything. I haven't actually sat down to play it in forever. I don't think it really had any learning bonuses that helped me with drums other than being able to read a staff.

No one, especially amateur/semi pro players, should anything, but there is a reason why piano at conservatory (at least in my country) is a mandatory class..

Learn to play the instrument? No.
Learn the theory? Yes.

Drums101 said:
Drummers should be able to play all percussion instruments, including marimba,vibes, xylo
Click to expand...

I don't think so, any more than a guitarist should be able to play the banjo or violin.

Just to brag, I have a 6’ baby grand piano in my new home. If anything, I’m popular with the neighbors

I took piano lessons from my Mom and two other teachers=can't say it helped but I can't play a lick either to be fair. Hey just like drums LOL. I think I see a common theme hmmm. I gave away my Mom's baby grand piano to the orchestra-I know she would have liked that. She loved all kinds of music, always involved in writing and playing, then helping high school dance and music activities-she encouraged music in the all the kids, grandkids, and great grand kids. I've got pics of when my Dad was in med school with my bros and I little kids (they were kids I a toddler 2-3 yrs old) within a little apartment with drunken med students listening and dancing to an all black jazz band in Augusta, Ga around 1958 or so. My bros and I were right beside the band in the pics-they were grinning ear to ear. Man brings tears of joys when I was an older kid she'd play piano and I'd jump on sax or drums and just jam with her. She was a special lady. We'd have family sing alongs-good gosh it was awful-everyone thought they could sing but none can LOL. My guitarist brother really is a great guitarist but he sucks singing and you just can't shut him up. Yep good times. Thanks for the mention of the baby grand Bo-good times for both I see.

For a formal education in percussion, yes. Then one can learn to play one of these bad boys: 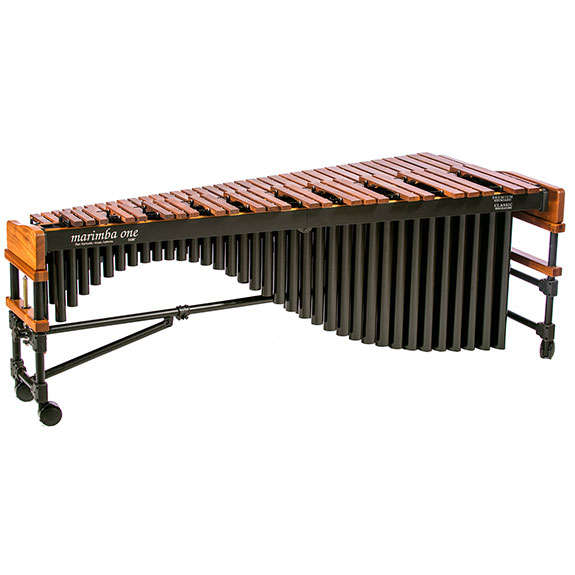 in addition to one of these: 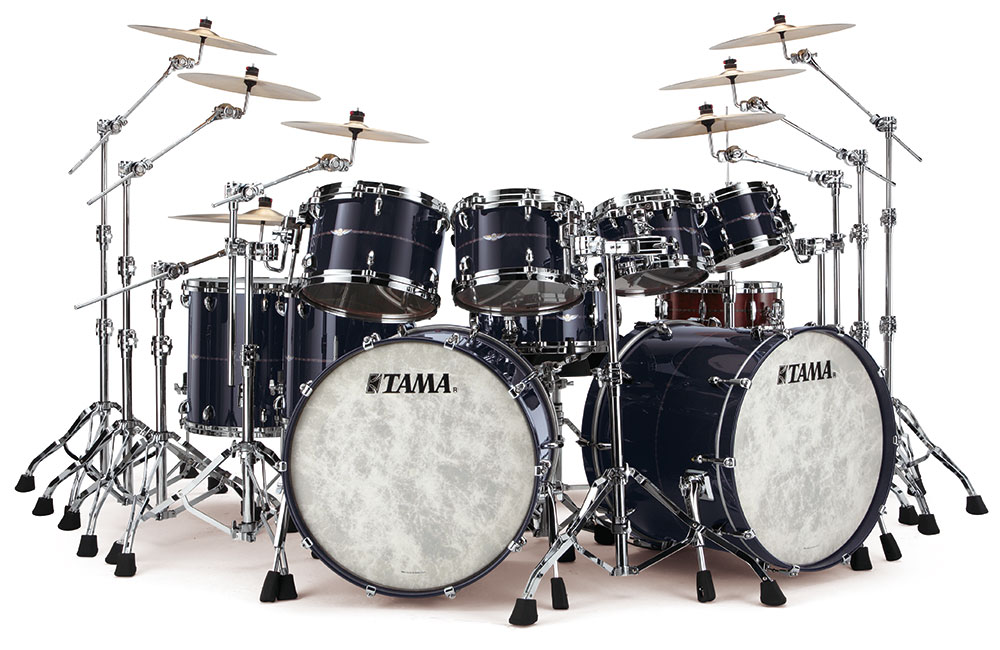