I saw this on one of my local FB marketplaces going for the equivalent of US$90, and grabbed it immediately. Its a rare (in my country) out-of-production early 2000s Pearl Sensitone Steel 12&#8221;x5&#8221; 8-lug snare. The guy I bought it from said his singer-wife bought it for him in Japan 2 years ago, so I suspect she got it second hand there. It&#8217;s in working condition. The batter head is toast, so I already bought a new one. The strainer is still nice and smooth but has excess oil on the joints. The reso head and the puresound snare wires are ok. The Superhoops are going into a coca-cola bath to remove the rust. The outer shell and lugs have minor dust and pitting. I&#8217;ll just buff some WD40 on them so they won&#8217;t get worse. The tension rods are not all the same length, and one of the lugs is missing gaskets, a sign that this drum has led an &#8220;interesting&#8221; life. I&#8217;ll probably just replace the odd ones with my surplus tension rods, then give them a coca-cola bath. I'm done with disassembly, and everything and will be cleaned and ready for reassembly in a few days, which should keep me entertained in-between reading my student&#8217;s final term papers. Just wish my fingers luck though, because they are going to get a coca-cola, dirt, and oil-filled beating. 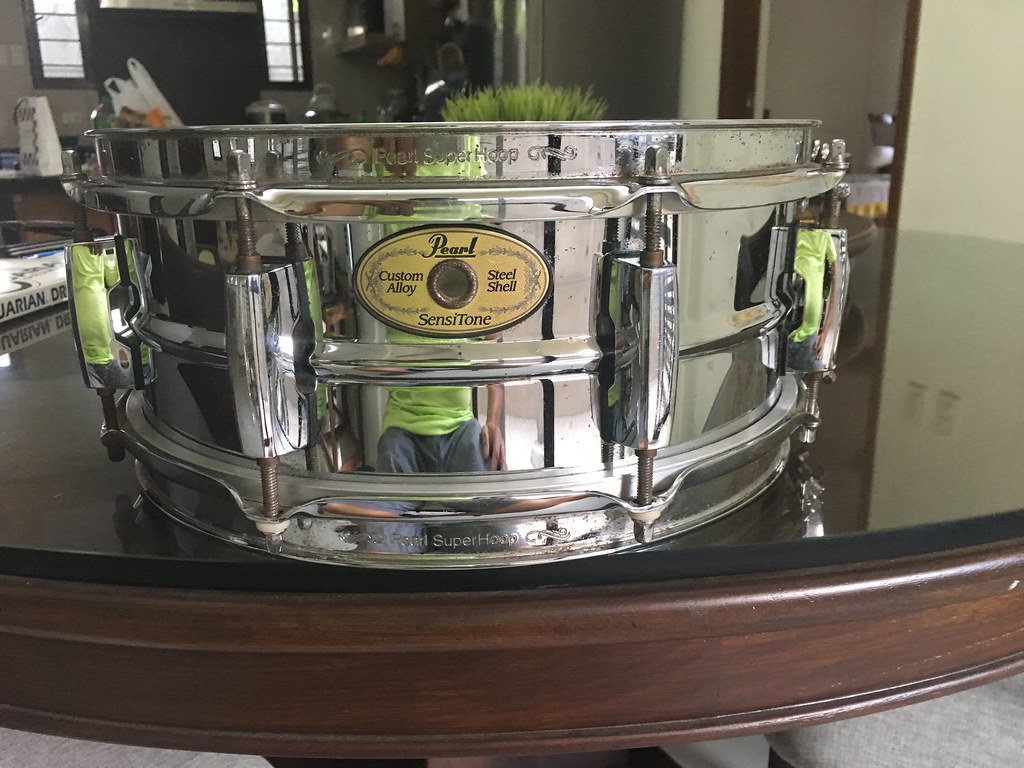 Nice acquisition! I'm in the market for a 12" snare myself.

Pearl SensiTones are great snares - I own a bronze one - although yours seems to need a little TLC - which you are already giving it.

12" snares are nice, I have the Gretsch Mark Schulman.
They are not meant for ultra low and fat sounds but are great for the higher pitches. Also as a side snare.

Cleaned and waxed over the weekend. There are still some spots of rust under the chrome, specially on the batter hoops. I smoothed them out with cocacola and aluminum foil as best I could, and hope the car wax will prevent them from spreading. All the tension rods had to go because the rust on them was impossible to remove. The sober Aquarian TC was not my first choice, but all the stores in my city are out of the more poppy Ambassadors and G1s. I"m obsessing over a new stand because the one its on is very old and ugly, but I'll just be patient and wait for a holiday sale.

The left side of my kit just got a lot more interesting. I'll be looking into other positionings though, because I"m not sure my back can deal with the twisting. 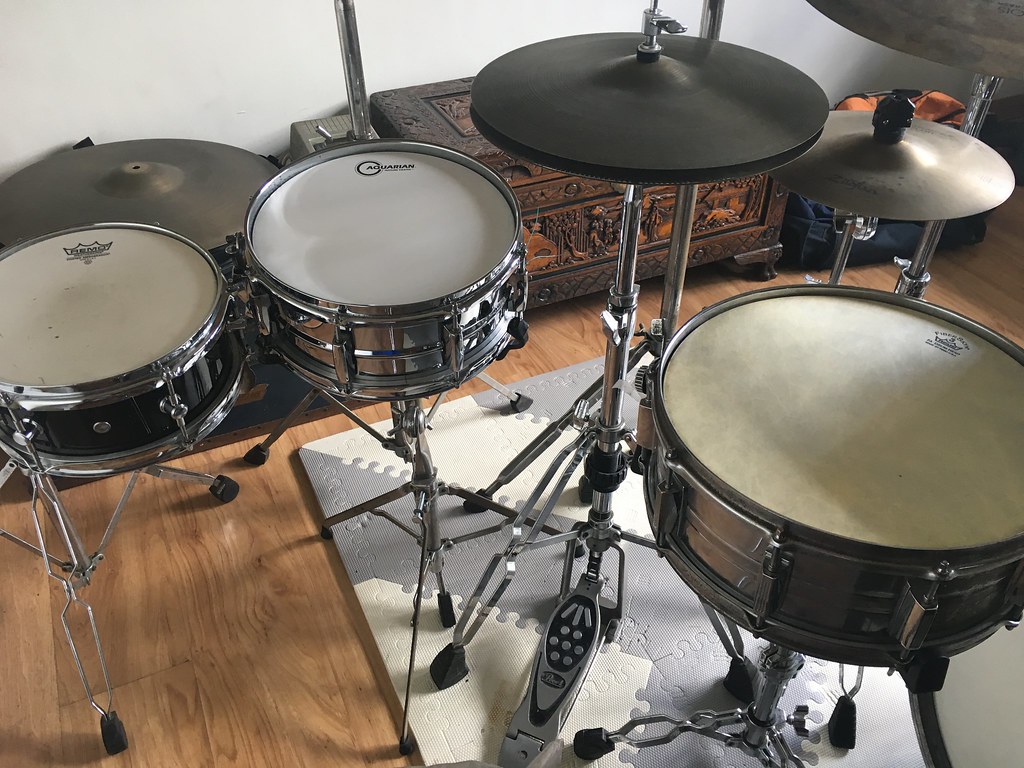 What are those black hats and where did you get them?

MasterBlaster said:
What are those black hats and where did you get them?
Click to expand...

1976 New Beats. Dusted occasionally, washed a few times, but never buffed or polished since then.
M

Those hats have probably just aged that way and would look brighter in more light.

Odd-Arne Oseberg said:
Those hats have probably just aged that way and would look brighter in more light.
Click to expand...