For a while now I have been in 2 bands at the same time. There is no conflict with either band because they don't play the same stuff. One is classic rock, one is swing. The swing band right now is taking off and booking a ton of gigs and its getting harder to commit to the classic rock band. We do have several gigs booked with the classic rock band right now but as they come along I find myself worried about blocking possible dates with the swing band. (this has happened about 5 times already). Last Saturday my swing band played a local dive bar that only hosts heavy metal or classic rock I convinced the owner it would be a nice change for them. after the gig, the owner came up to me and said straight out that I should quit the classic rock band, they are a dime a dozen, and focus on the swing band, he was blown away.

I know it may be easy for some people to quit a band but for me its really difficult. I actually put together the classic rock band so I feel obligated to keep going with it. What is the most diplomatic way to sever ties with a band?
we do have a (small) fan base with the classic rock band so its not like its a dead end, there are still gigs and money and free beer there.

sorry to ramble so much, just need some advice.

Some folks work out how to keep in more than one band at a time, and more power to them. It must be something like a child custody agreement, where you get the drummer on even Saturdays and we get him on odd Saturdays. Some guys have semi-permanent subs for some of their bands for when they are unavailable. But for almost all the rest of us, single bands are the norm.

It sounds like you have a lot of yourself invested in each band, and I can appreciate what a tough choice this is for you. In the end, you may find yourself grading less tangible things about each band than money or gigs. Does the classic rock band have that really flaky guitarist who makes you grind your teeth because he's perpetually late to show up for gigs? Is the leader of the swing band a domineering nutcase? Those sorts of things make it easy to choose playing situations. Even a thing like how much gear you load out for each band could be a factor.

But if the choice isn't that clear, maybe it's time to try to mediate a custody arrangement with both bands and try it for a while. My personal experience is that this rarely works -- players got to hustle, and nobody likes having to turn down gigs because someone's unavailable with another band, especially in this economy.

Either way, best of luck to you. 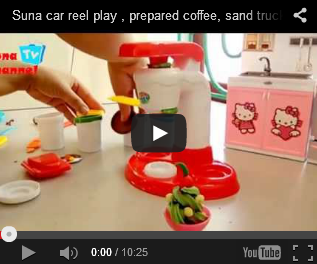 What he said. Not.

Tough dilemma. If a person is in multiple bands, sooner or later conflicts arise.

Your choices are to bail, or attempt to work the rock band around the swing band.

I would try and work it out, and see how the other guys react to it. If they get their shorts all in a twist, then as nicely as possible, I would ask to beg out of the arrangement.

I'd keep both for now. You don't have to say anything to the rock band, and if the rock band wants to practice or gig on a taken date, you're simply not available. If that happens enough, they may want to replace you and then you won't have to be the bad guy.

I have always been in more than one gigging band and there are always conflicts that arise in booking gigs. I have always been completely honest with both bands as far as which one is my main band and which one has to take a backseat if conflicts arise. I have also had permanent subs that I will call if I cant make a gig in the secondary band, I actually lost a gig to a sub one time, but that is another story for another time. There is no right answer in your case. It really depends upon the personalities involved and your ability to juggle multiple commitments.

As far as the right way to sever ties with a band, the only right answer is to be honest with everybody. Tell the guys in the classic rock band what you are thinking and feeling and then rip the band aid off. If they dont get it and wish you well then you are better off without them.
B

All you can do is keep doing a good job in both bands and what will be will be. It's strange that you feel like you might get the bullet from the classic rock band, even though you're a founder, unless you were in that band first and then you joined the swing band?

It's a hell of a hard situation to get into, but you're at your most fortunate when finally you are in two or more bands simultaneously, where upon joining or forming them, everybody knew that you're fully committed to the band, but just cannot do every gig. I'm coming at this from a covers/tributes angle though, not originals, originals is a whole different kettle of fish. I've generally found among the better players I've played with, it's just the done thing and accepted that everyone has multiple bands and deps need to be acquired.

I don't know, maybe the key is that a person cannot be in two or more top-line bands, you have to accept that they're going to vary from top-line down to "OK". The top-line band will have the most gigs, going down to one every two months for the "OK" band. Obviously above that level though comes the top players who would predominantly tour, rather than just playing at weekends, and they're the most fortunate because it's easier to juggle big blocks of time and play all through the week, on a tour, than it is just having Fridays and Saturdays to juggle.
You must log in or register to reply here.
Share:
Facebook Twitter Reddit Pinterest Tumblr WhatsApp Email Link
Top