I’m new to recording. I’ve never mic’d my setup before and I’m looking for some advice. I don’t need anything that’ll break the bank, but I’d like something that’ll last me a while with good quality. I’ve done quite a bit of research and I’ve settled on Shure SM-57’s for my snares, Shure Beta 52A for bass, and Sennheisser e604’s for my toms. In all my research, I haven’t found an overhead equivalent to these other mics. Can anyone help me out? I’d like to use the mics for both home studio stuff as well as live gigs. Thanks in advance.
Last edited: Apr 5, 2021

Rode NT5’s are excellent as overheads.
The cheaper M5’s are surprisingly good too. They make a bit more self noise, but compared to drum kit volume it will be inaudible.
O

^ What Supergrobi said! The Octavas are very good for studio use (not only overheads, acoustic guitars, piano, percussion, you name it). They are not overly sharp in the highs which separates them from most other mics in their pricerange. For live they are useable with fine results if the tech knows his job.
J

Entirely depends on your budget - "without breaking the bank" might mean anything from $100 per pair to $300 per single mic.
"Good quality" is quite subjective as well, so having an idea of what your budget is would be helpful.
Also consider that you'll need a full fledged audio interface for recording (unless you're fine with being able to record 2 channels at a time), do you own one already?

And a couple other considerations - is the space you'll be recording in treated, or does it sound good on its own?
If it doesn't then you won't be able to get good recordings no matter how much you spend, so it's worth it to maybe just buy a couple mics to start with, instead of a whole set with snare, bd and tom mics as well, and invest in a bit of acoustic treatment.
Also, will you be recording other things or just drums?
The SM57 is a venerable mic because it's quite versatile and indestructible but it's rarely the first choice because of its sonic qualities, and dynamic mics in general, cheaper dynamic mics especially, don't have a great transient response, which makes them less than ideal to record drums, and a number of much more modern and arguably better mics are sold for just about the same price nowadays, such as the sE V7, so consider whether the SM57 choice really is better than the other options in your specific situation.
Do you already have stands, cables... ?
Cables are cheap enough but good stands aren't, and if there's something you don't want is to hang your (relatively) expensive, dear and prized mics on cheap, light stands that might fall apart if you hit them with a stick by accident and that by the way wiggle wildly whenever you hit the bass drum, ESPECIALLY if you're playing live, where the guitarist might hurt a stand by accident or who knows what else.
If you have to buy a few stands as well that too might be a good reason to hold off on buying that many mics, and just get three or four to practice and start exploring the endless possibilities of placement, mixing...
-Luca

I'm amazed at the quality of the SE Electronics SE8 I just bought.
They are said to be as good as mics costing three or four times as much.
If they are too expensive for you, the SE Electronics SE7 is cheaper and may be a good choice too.
I actually bought a full set of SE Electronics mics, you may want to check their offers.
Alain Rieder
Time Manipulation Drum Book
YouTube Channel 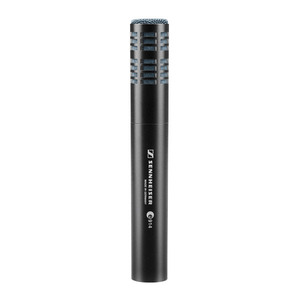 I've owned/used NT5s, Cascade Fatheads, a variety of Studio Project pairs, 57s, 58s, sm81s, and a set of CAD GXL-1200s that punched way above their weight that came as a kit with omni, cardioid, and hyper-cardioid capsules. I also used 3 CAD GXL3000 (or something like that) multi-pattern LDCs that were very quiet and sounded great as overheads. After being so impressed by the GXLs, I put a set of CAD M179s is on my list of mics to purchase next. sE Electronics is another brand that I've been frequently impressed by. I heard the sE X1D on a bass drum and hammond, bought one the next day and doubt I'll ever put anything else on my bass drum.

Also, If you get Rode NT5s you'll probably want the omni capsules down the road.

They're all fine overheads and engineers are spoiled for acceptable choices nowadays. I end up using the fatheads (in a mid-side configuration) more often than not, but the other choices have their place.

The way you play, the way your drums sound, the way your room sounds and mic placement are all going to play their part too. Don't forget to budget for a nice stable stand for your overheads, and good XLR cables. You'll also need mic preamps (in your interface, mixer, recorder, etc) that have phantom power.
If it sounds good, it is good.
You must log in or register to reply here.
Share:
Facebook Twitter Reddit Pinterest Tumblr WhatsApp Email Share Link
Top