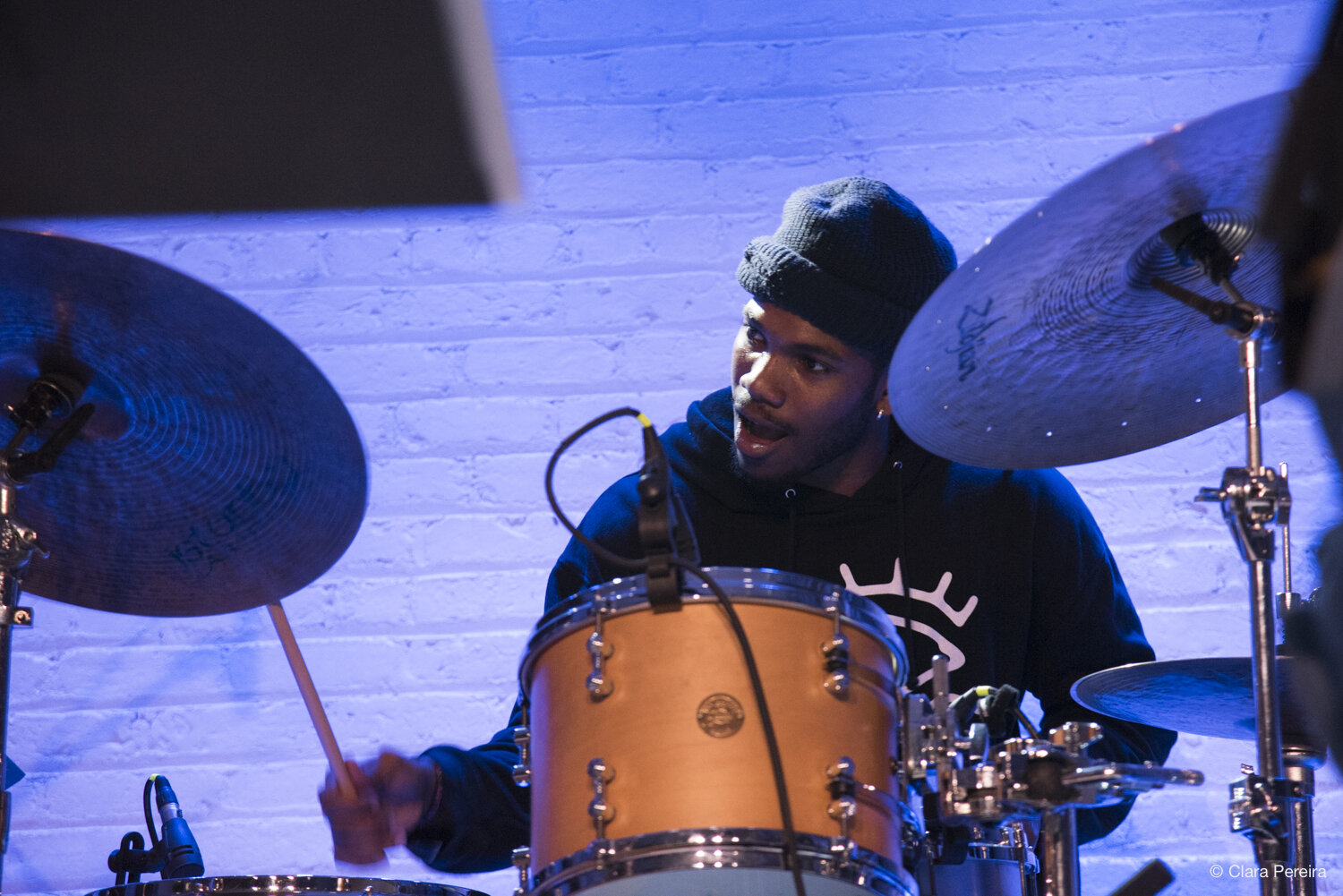 Grounded in the traditions of the Djembe Orchestra, Kweku Sumbry is a multi-percussionist from Washington, DC. At the age of four years old Kweku fell in love with performing. Since then, Kweku has travelled the world healing through music. He began his studies as a toddler under the tutelage of his uncle, Mahiri Fadjimba Keita, founder and artistic director of Farafina Kan. Music has allowed Kweku to travel to Guinea, Senegal, Ghana, Australia, New Zealand, Amsterdam, and Turkey to name a few countries. At the age of 23, Kweku has already graced the stage with Ambrose Akinmusire, Dayna Stephens, Yosvany Terry, Cyrus Chestnut, Reggie Workman, to name a few. A true global citizen, Kweku continues to travel the world, building upon his knowledge of world musical traditions and cultures. In the fall of 2015, Kweku moved to New York City and began his studies at The New School for Jazz and Contemporary Music on a full scholarship. While in New York Kweku has worked with Abdel Salaam’s Forces of Nature Dance company, and the Asase Yaa African American dance Theatre under the tutelage of Yao Ababio, and Osei Ababio. Kweku recently obtained his MA in Arts Management and Entrepreneurship from the New School (c/o 2020), after just graduating with a BFA in jazz studies from the New School in Spring of 2019. Kweku currently is a member of the Immanuel Wilkins Quartet, who recently released his debut album Omega on Blue note Records. A true lover of Art, Dance, Music, and all things pertaining to African culture, Kweku has set out to take the art world by storm, while changing the lens in which West African drumming is viewed by the rest of the world.