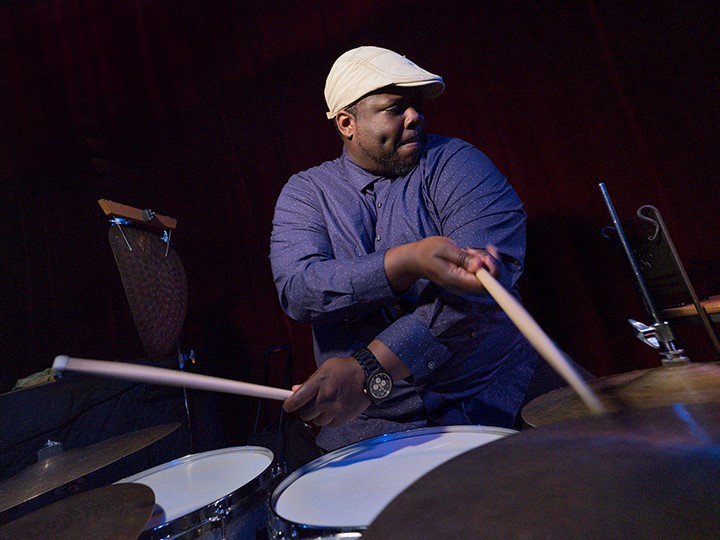 Johnathan Blake, one of the most accomplished drummers of his generation, has also proven himself a complete and endlessly versatile musician — "the ultimate modernist," as John Murph of NPR has dubbed him. Blake's gift for composition and band leading, so ably demonstrated on his 2012 recording debut The Eleventh Hour, reflects years of live and studio experience across the aesthetic spectrum.

Through years-long memberships in the Tom Harrell Quintet, the Kenny Barron Trio and other top ensembles, Blake has reaped the benefits of prolonged exposure to the greats of our time — arguably of all time. Through his powerful, evocative drumming and fully rounded artistry, he's also left a huge imprint on the music of such rising figures in jazz as Hans Glawischnig, Alex Sipiagin, Donny McCaslin, Avishai Cohen, Omer Avital, Patrick Cornelius, Michael Janisch, Shauli Einav, Jaleel Shaw and more. To date, Blake has appeared on over 50 albums.

Born in Philadelphia in 1976, Johnathan Blake is the son of renowned jazz violinist John Blake, Jr. — himself a stylistic chameleon and an important ongoing influence. After beginning on drums at age 10, Johnathan gained his first performing experience with the Lovett Hines Youth Ensemble, led by the renowned Philly jazz educator. It was during this period, at Hines's urging, that Blake began to compose his own music. Later he worked with saxophonist Robert Landham in a youth jazz ensemble at Settlement Music School.

Blake graduated from George Washington High School and went on to attend the highly respected jazz program at William Paterson University, where he studied with Rufus Reid, John Riley, Steve Wilson and Horace Arnold. At this time Blake also began working professionally with the Oliver Lake Big Band, Roy Hargrove and David Sanchez. In 2006 he was recognized with an ASCAP Young Jazz Composers Award, and in 2007 he earned his Masters from Rutgers University, focusing on composition. He studied with the likes of Ralph Bowen, Conrad Herwig and Stanley Cowell.

Deeply aware of Philadelphia's role as a historical nerve center of American music, Blake has immersed himself in the city's storied legacy — not just jazz but also soul, R&B and hip-hop. In many ways he's an heir to Philadelphia drum masters such as Philly Joe Jones, Bobby Durham, Mickey Roker and Edgar Bateman, not to mention younger mentors including Byron Landham, Leon Jordan and Ralph Peterson, Jr. Today Blake is himself an exponent of the Philadelphia sound, described by Aidan Levy of JazzTimes in a review of The Eleventh Hour as: the vertiginous sensation of being both slightly behind the beat and hurtling into the next measure.

Approaches like this, one might add, can only be learned by sitting at Mickey Roker's right hand and absorbing exactly how the ride cymbal is struck. Such is the painstaking firsthand exploration that undergirds and informs Blake's musicianship.

Blake's playing helped the Mingus Big Band land Grammy nominations for the albums Tonight at Noon (2002) and I Am Three (2005). It has also earned Blake spots in groups led by Russell Malone, Randy Brecker, Joe Locke, Ronnie Cuber and other seasoned jazz veterans. As trumpet great Brian Lynch has said: Johnathan Blake is without peer among young drummers for the clarity of his beat and the incisiveness of his swing.

His forward-thinking vision as a leader, moreover, and ability to harness the varied talents of his band mates, makes The Eleventh Hour one of the strongest debuts in recent memory, and surely the first of many fine efforts to follow. 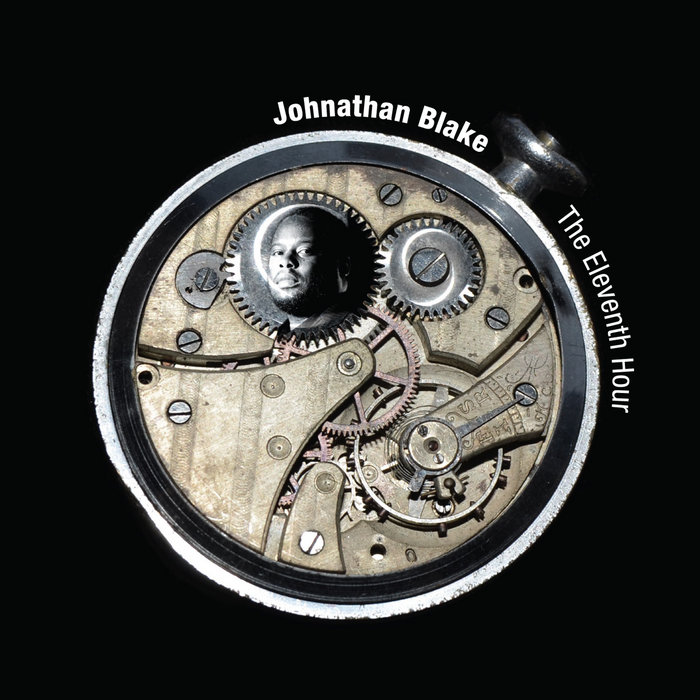 The Eleventh Hour, by Johnathan Blake 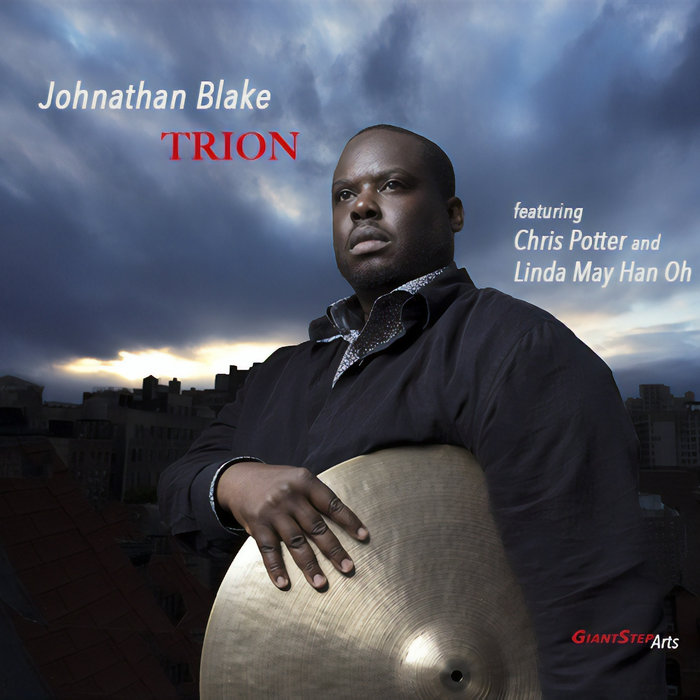