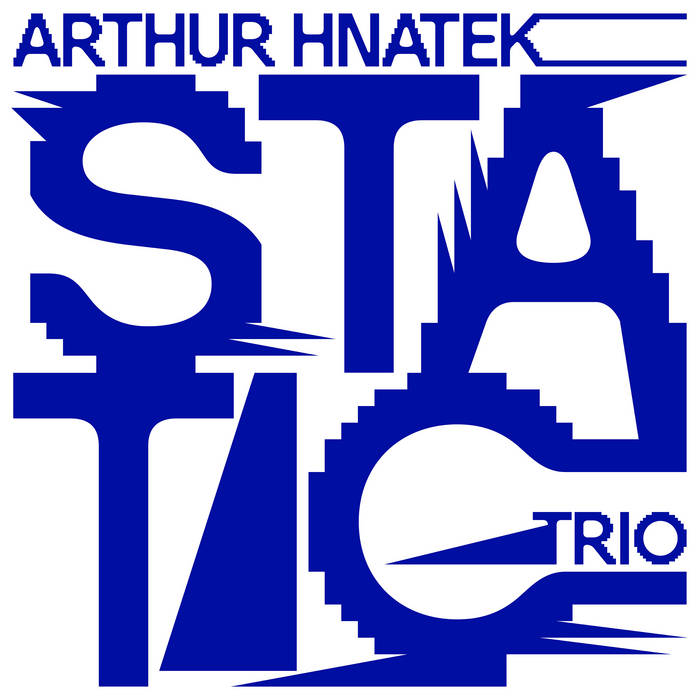 Zurich based musician Arthur Hnatek is one of a new breed of players who see their music as a continuum stretching between genres, always thinking in terms of links rather than boundaries, possibilities rather than limits.

His time spent playing drums with similarly adventurous and unclassifiable
artists Tigran Hamasyan and Shai Maestro opened his ears to the possibilities of rhythmic variation: his immersion in electronic music production and the motorik tradition of Jaki Liebzeit alerted him the possibilities of repetition. Now, with Static, he presents his first trio record: joined by his equally fearless bandmates Fabien Iannone on bass and Francesco Geminiani on tenor sax, this is music created by a classic jazz line-up and steeped in improvisational facility, yet simultaneously utterly unlike anything in the standard jazz tradition.

The bulk of the album was written by Hnatek, paying close attention to the details and textures, and drawing a range of different sounds from the drum kit: ’I like the idea that you can have very complicated rhythms, but played in a repetitive way that sounds natural, and where the binaries of ‘written’ and ‘improvised’ aren’t too clear’. ‘Monotonous’ features the thick, punchy tones of Iannone’s bass, like mountain peaks rising through clouds of ambient electronics, as the kit clatters and Geminiani’s saxophone soars overhead. ’27’ marries plangent bass double-stops with synthesised textures and enigmatic saxophone statements from Geminiani - “He’s a great jazz player, and also a great software programmer and coder - he manipulates the electronics in real time - a rare combination!” - who also contributes the percussive, urgent composition ‘Brew’. ‘MIDI Sans Frontières’ is a ballad from an unusual source: written by Tom Jenkinson aka Squarepusher as a post-Brexit lament. ‘Nine B’ is a maze of multi-metric complexity with all three players combining into a single many faceted gem, hard and glittering. ‘In Three’ foregrounds Hnatek’s studio creativity, using complex microphone and triggering techniques to capture an array of industrial sounds from the kit under squalling, electronically morphing saxophone. Title track ‘Static’ is a simple two-bar melody that provides a pool of limpid stillness and was almost completely improvised in the studio. ‘Cinque’ is another composition by Geminiani: “I love that he could write such a beautiful melody over such complex drum patterns! This one was fun to play.”

Alongside the written tracks, the trio created a wealth of spontaneous improvised music in the studio, and Hnatek has hidden snippets of these soundscapes into parts of the album for the listener to discover. ‘The End’ is a brief extract to close the session.

This is a unique record, at once spacious and complex, full of light and shade, elusive but direct. “To me, the process of making this record was dictated by the jazz tradition of improvisation, and even though it’s inspired by the sounds of minimal electronic music, it still feels to me very much like a jazz record: we improvise with rhythmical structures and texture as much as notes and chords. I’m really proud of this record.”