So I'm being lazy....recently been enjoying an album by John Martyn called Grace and Danger. Phil Collins is playing on drums. I love the vibe of this album and Phil's playing.

Phil has done so much in his career I figured it might be easier asking my drummer friends!

The only album I have with Phil Collins on it is.....Selling England by the Pound by Genesis. It’s a great drumming album the perfect balance of playing the song and yet keeping it spiced.

Was always a fan of Phil Collins. Try....
No jacket required
Hello I must be going
Genesis 1983
For a few groovy catchy tracks on each
Last edited: Apr 6, 2020

Check out his stuff with Brand X. Livestock is a great album, although I'll admit to preferring Kenwood Dennard's playing on that album. Moroccan Roll is a good album. Unorthodox Behavior. Product. As for his stuff with Genesis, Second's Out is my favorite.
1975 Slingerland Stage Band, Poplar/Mahogany, White Marine Pearl (20,12,13,14, plus 16 Premier)
1999/2000 Yamaha Stage Custom, Mahogany/Birch/Falkata, Sapphire Blue (22, 10, 12, 13, 14, 16)
Zildjian/Remo
"Absurdity is the only reality...." FZ
1

Phil Collins is easily one of my two favorite drummers ever, so I find it hard to be objective. A couple random suggestions:

Here's one from Al Di Meola's Scenario: This is the only track he played on (Bill Bruford and Tony Levin play on one other, and Bruford wrote about how frustrating an experience it was in his autobio), but I always loved it:


Here's PC and the fantastic Jamie Oldaker (easily my favorite regular Clapton drummer ever) dueting on the second to last track off the uneven but great Behind the Sun LP, which Collins produced—there's a really cool moment coming out of a break a bit over two minutes in where Collins and Oldaker go back and forth on the toms. (Listen with headphones for the best experience—Oldaker's on the left, Collins on the right.)


He later toured with Clapton, as part of a stripped-down four-piece, with the great Nathan East on drums. I saw them in D.C. and I remember not recognizing this incredibly famous riff, the context was so different, when they opened with it. Absolutely loved it.


I realize it's somewhat heretical, but I greatly prefer Collins' playing on this famous Cream song over the guy who originally wrote the drum part (and am amused by how Phil sounds like himself, obviously, but he also tweaks his usual style a bit to sound more like late 60s/early 70s drumming):


As already mentioned, his work with Brand X is probably his best recorded drum work, on a technical level—back in the mid-80s, when he was a ubiquitous pop star, when I had musician friends who'd scoff at the idea that the guy who sang that Prince rip-off "Sussudio" could really be a good drummer, I'd play him the first track off Unorthodox Behaviour.


Finally, speaking of his pop work, his playing on the remake of Howard Jones's "No One Is to Blame"—which he also produced—is so instantly recognizable as him it's amazing: how many other drummers have that immediately recognizable a sound and style? (Yes, I know, Hugh Padgham discovered it for Peter Gabriel's brilliant third album, unless it was actually on a previous XTC album.) But I'd argue that while his sound is obviously famous, it's not just his sound, but style that's so identifiable. Off the top of my head, I'd say Ginger Baker and Stewart Copeland and maybe Dave Grohl? 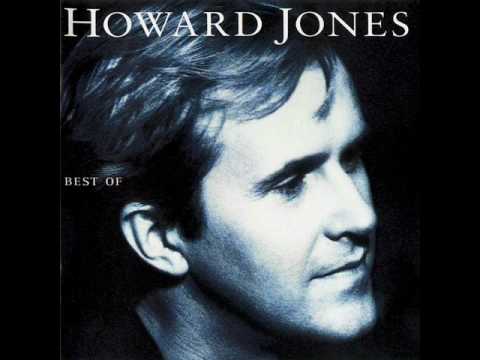 Howard Jones - No One Is To Blame

I'll stop here since, as Steve Rogers once almost said, I could do this all day.

Phil experiences tremendous pain when drumming these days. He has a spine issue that he traces to many years of poor posture behind a drum set. I started drumming in1984, and both he and Chester Thompson (his Genesis co-drummer) were major influences for me. In the world of rock/pop, I'd say Bonham, Collins, and Copeland have the most distinctive styles ever.

I've never heard of John Martyn, but listening to some of Grace and Danger, Genesis's "And Then There Were Three" came to mind.